We Work Hard To Provide You The Best Quality Handmade Embroidery Products.

Bethlehem Arab Women’s Union is a Non-Profit Charitable, Social and Cultural Society, founded in 1947 in Bethlehem. Its first mission was to support needy Palestinian Women by providing them jobs that enable them to have a decent life. 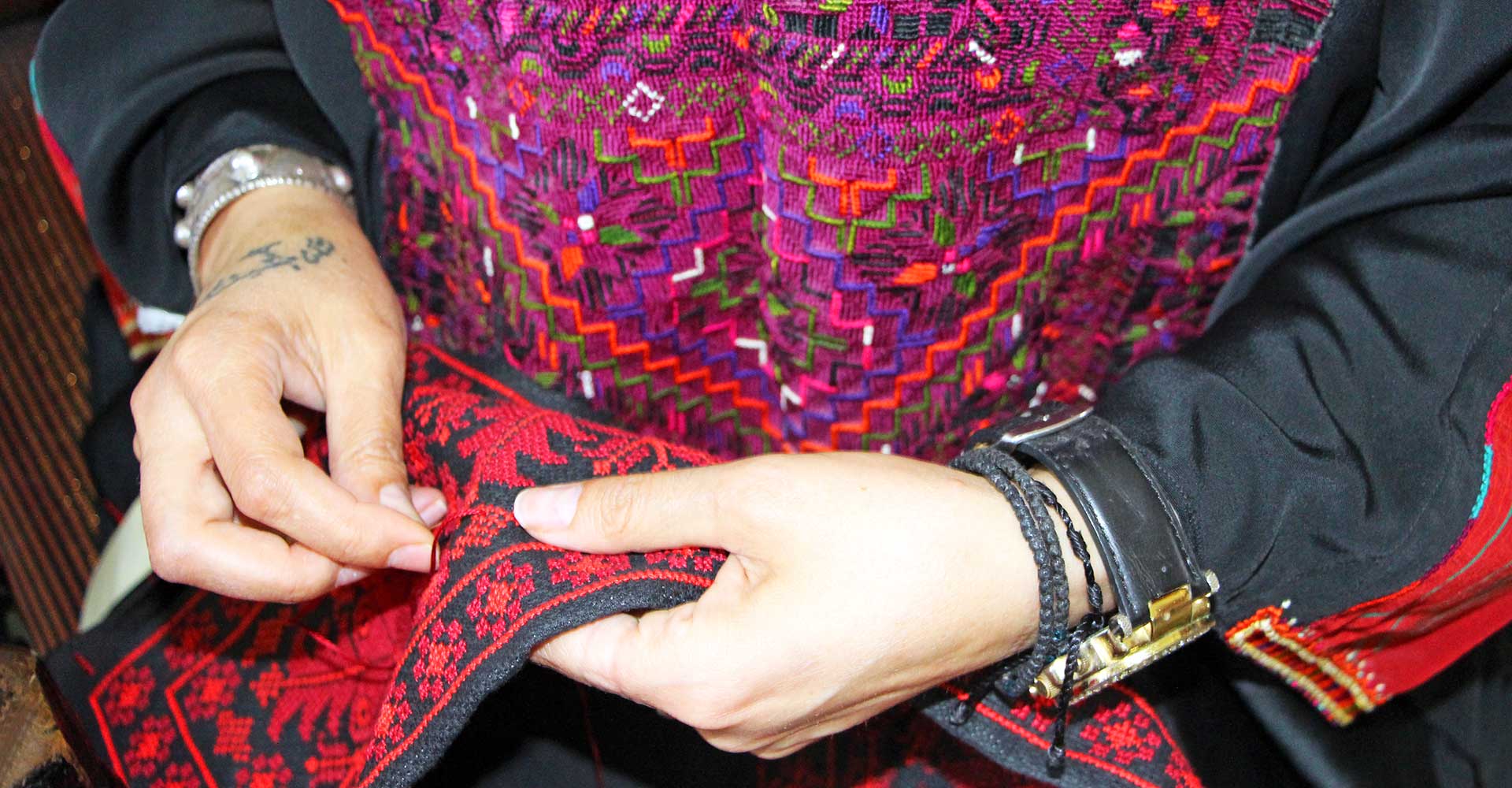 The Embroidery Center started in 1968, and is located in the Old City of Bethlehem, a short-walk from the Church of Nativity.

The aim of this project was:

This Center is located in the same building of the Popular Art Museum. There, after the women are trained, they are given to do the work in their homes. This gives the opportunity for these women to do the work at home, in their leisure time and gives them enough time to take care of their home and children. When the work is done, they come back to the Center and are paid for what was achieved and again are given more work to do. We have one hundred women who come from the villages of Zatara, Tiquoa, Abu Njeim and Dar Salah.

The Museum of Traditional and Popular Art was founded in 1972 in order to preserve our tradition and Popular Art. We called it “Baitouna Al-Talhami” which means ‘our Bethlehem Home’ in Arabic. It is located in the Old City of Bethlehem, a short walking distance from the Nativity Church and the Mosque of Omar, adjacent to the Municipality.

It is composed of two small houses that are typical of the Old Palestinian Architecture.

A room where a big number of old photographs are hung on the walls. Mostly from the beginning of the twentieth Century. Few of the photos are from the end of the nineteenth Century.

The second room represents a large living room. There one can see how functional was what we call the living room. Rugs, mattresses, cushions, chests, pillows, brass objects, lamps, cradle, whatever one needs: All objects have their place where they belong. This was the only room of the house. This is where people used to eat, sleep, receive and entertain.

The third room is the Kitchen. In one of the corners, you can see the Well, which gets its water from the roof in winter season when it rains; There is a big display of brass pots, pottery, different coffee grills, jars, etc.

It is an annex to the first one, but much older. On the ground floor (Al-Rawye) a room hewn in the rock. It was used for the domestic animals: the donkey, mare, goat and sheep.

Al Dar, the only room of the house in the ancient times. Now, it is used to exhibit the Bethlehem Costumes and jewelry.

The (Illieh) is a bedroom built during the end of the 19th century. In this room you find a collection of pictures, beds, rugs, embroideries, cushions, etc… They represent the
style of the Bethlehem people from 1900 to 1935.

All what is found in the (Illieh), has been donated from the private collection of Julia Michel Dabdoub from Bethlehem.

The team at Beituna Al Talhami; the Embroidery Center and the The Museum of Traditional and Popular Art.

The embroidery sold in the Gift-Shop of the Center, or on exhibitions, which the Society makes; we also take part in other Exhibitions in different towns and cities.